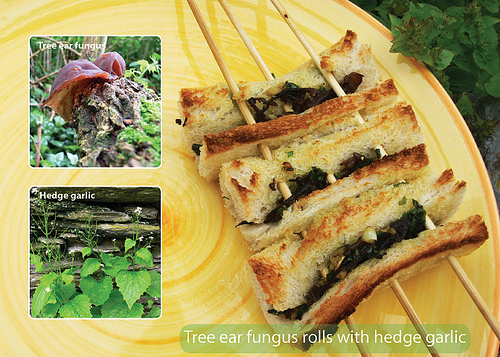 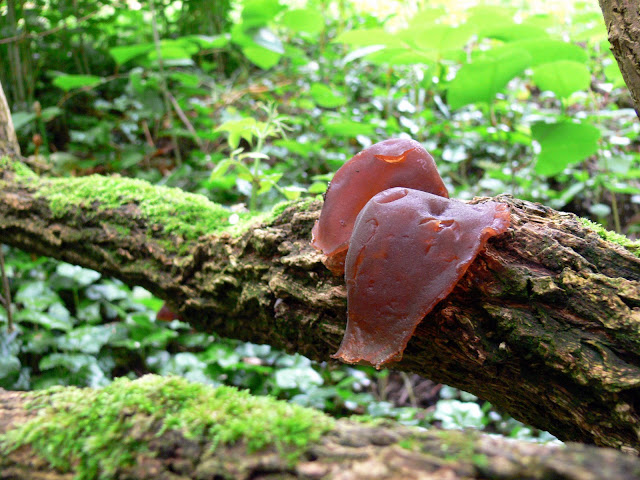 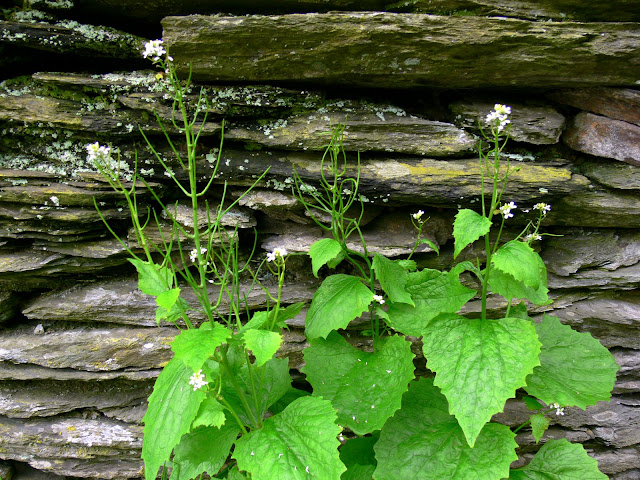 Hedge garlic, garlic mustard or Jack-by-the-hedge (Alliaria petiolota) is pretty common along hedgerows and wood margins in spring. Hedge garlic was once used as a common salad and flavouring herb and was widely eaten in the 16th century as a sauce for salt fish. Another traditional recipe involved blending hedge garlic with mint leaves and serving with lamb and mutton dishes.

Tree ear fungus (Auricularia auricula) also know as jew's ear or jelly ear fungus is an odd looking fungus commonly found on elder trees. The fruit body is gelatinous or rubbery to touch and usually grows in clusters. Although it does not look particularly appetising you can eat it and it is widely used in Chinese cuisine in stir-fry dishes and soups, however, it is rather lacking in taste and requires gentle cooking to tenderise the rubbery flesh. According to the legend Ray Meares you can easily dry this species and use it in survival soups.

Simmer the ingredients for about 30 mins in butter. Spread  on buttered white bread (non-buttered side), roll up and skewer then grill until brown.

I have been rather neglectful of my blog recently and so when I just checked it now I noticed you were a follower that I had not previously noticed! I've had a quick look at you blog and it looks very interesting indeed and I shall be reading through it more fully!

Thanks WP, hope you enjoy

You are my #$%^&* hero with this stuff! Seriously, you are a master of the primitive arts. Really enjoying the material.